(MENAFN – The Conversation) Shared mobility devices such as bicycles and electric scooters have experienced significant growth across the globe and Australia is no exception. In cities with such offerings, users are able to get around in more convenient and flexible ways.

The recent emergence of dockless shared e-scooters (i.e. Lime and Neuron ) heralded a new-age of micromobility . In Brisbane, it signalled the end for the ten-year-old CityCycle bike-share scheme.

Not long after announcing CityCycle’s demise in late 2020, Brisbane City Council proposed its replacement with shared dockless e-bikes and the topic started trending . The question is: why will the e-bike scheme succeed where its predecessors in Brisbane and other Australian cities failed? (See below for a summary of the evolution of shared mobility schemes in Australia.) 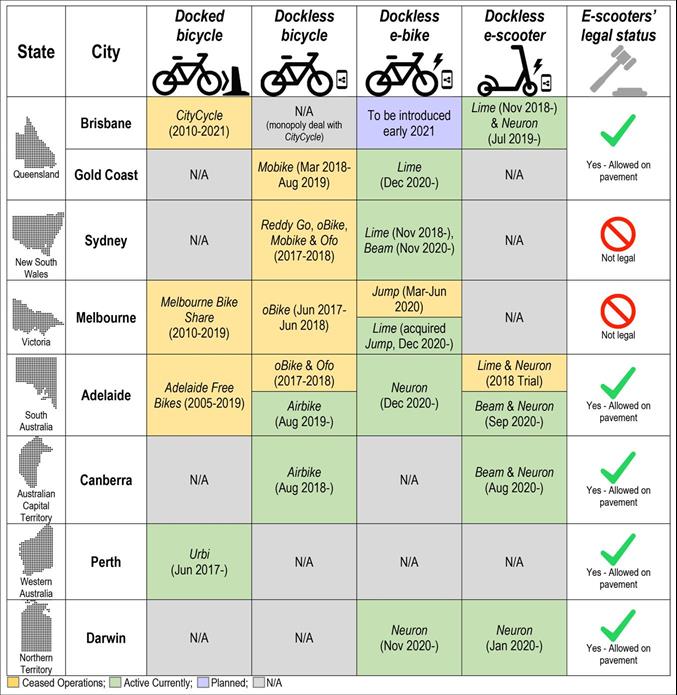 Mobility is being offered more and more as a service. The uptake of share travel across Australian cities has undergone a transition from docked bikes to dockless e-mobility, aided largely by advances in technology and the proliferation of mobile devices. Sharing is being considered as an attractive alternative to owning a bike or car thanks to new ways to bundle mobility services into packages, in much the same way as we use entertainment streaming services instead of buying movies or records.

Read more: We subscribe to movies and music, why not transport?

What can we expect from e-bikes?

It isn’t yet clear how e-bikes will be deployed in Brisbane. What we do know is the scheme will be privately operated under a short-term tender. As with CityCycle, 2,000 bikes will be provided across Brisbane, similar to how e-scooters are managed.

The e-bikes can improve on both e-scooters and CityCycle’s docked bikes in several ways.

Trip flexibility: GPS tracking and smart lock technology remove the need to locate set docking stations. Users can start and end trips at places of their own choosing. This means they avoid the frustrations caused by docking stations reaching maximum capacity, especially in popular destinations such as the CBD.

Wider appeal: unlike e-scooters and their younger target market , e-bikes can attract a wider demographic more familiar with riding bikes. They also offer greater load-carrying capacity and are permitted for use on roads whereas e-scooters are restricted to footpaths or bikeways in Brisbane. In New South Wales and Victoria, e-scooters are banned altogether – though changes could be on the way for Victoria.

Assisted riding: electrically assisted bikes can make cycling easier and accessible for more people. For those who struggle to ride at the best of times, e-bikes can help overcome fitness issues, especially in Brisbane’s hot climate and hilly terrain . 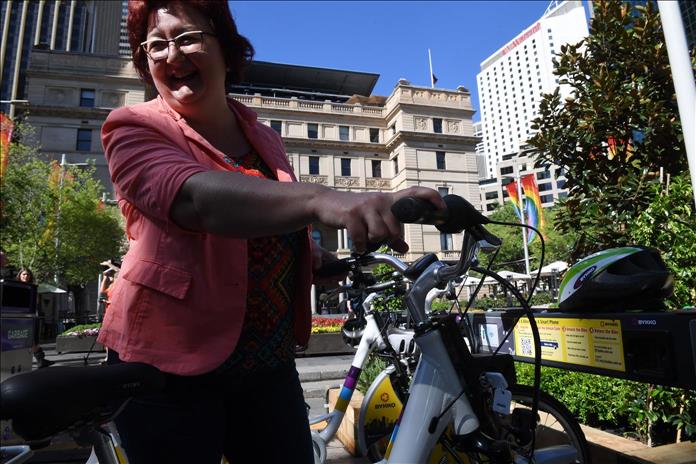 Cycling becomes a more attractive option for a broad range of people when e-bikes are available. Dean Lewins/AAP

Read more: Billions are pouring into mobility technology – will the transport revolution live up to the hype?

CityCycle was launched in 2010 under a 20-year single-operator contract. The scheme failed to achieve ambitious patronage targets and the goal of paying for itself. Despite usage growing until 2018, a shifting market has since resulted in significant declines.

The reasons for the lack of use are clear: 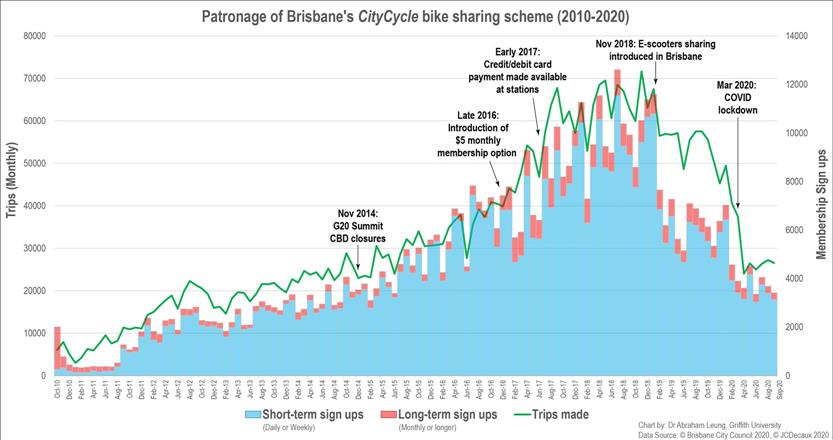 Read more: How coronavirus made 2020 the year of the electric bike

The path to success

As Brisbane moves towards a dockless e-bike scheme, its ability to outperform its predecessor will ultimately rest with decision-makers delivering a safe and convenient rider experience. This involves several key considerations.

Pricing and payment: the scheme will have to be competitive with current modes (particularly e-scooters), where registration and payment are integrated with existing systems. The rise of mobility as a service (MaaS) platforms can incorporate the service within shared mobility apps and bundle offers (packaging public transport and shared mobility services).

Read more: For Mobility as a Service (MaaS) to solve our transport woes, some things need to change

Availability: the dockless model, while more flexible, will require operators to actively manage bike distribution and avoid cluttering. The blocking of access ways and even dumping of bikes have been sources of public opposition to other bike-share schemes. Though repositioning bikes (using service vehicles) will take up significant time and money, it is crucial in maintaining a balanced and orderly network that maximises bike availability.

Initial launch: the scheme’s roll-out will be important, as positive perceptions are best achieved by people riding, rather than bikes sitting idle. Importantly, a winter launch should be avoided – as Melbourne found – when bike trips are at yearly lows.

Cycle infrastructure: As with cycling in general, providing safe and connected bicycle networks is paramount for increasing participation rates. For Australian cities, the historic lack of funding for cycle infrastructure has limited ridership growth. Much work remains to be done, though Brisbane City Council has committed to trial improvements to its CBD on-road bike lanes.

Read more: Cycling and walking are short-changed when it comes to transport funding in Australia


Legal Disclaimer: MENAFN provides the information “as is” without warranty of any kind. We do not accept any responsibility or liability for the accuracy, content, images, videos, licenses, completeness, legality, or reliability of the information contained in this article. If you have any complaints or copyright issues related to this article, kindly contact the provider above.