New day, new spy photos. After the spotting Hyundai Creta 7 seater SUV’s spy shots, internet sleuths have yet another set to offer, albeit an electric vehicle. The Suzuki Burgman Street electric scooter’s images on a test run have made their way on to the interwebs, offering a good look at the upcoming electric scooter in India. The design of the e scooter’s test mules, which were reportedly out and about in Delhi, is not simply similar — it is the same as that of the standard internal combustion engine-powered model of the Burgman Street 125 cc scooter. Oh and the duo of prototypes were seen with the same white and blue dual-tone colour.

Now, let’s discuss the design’s details; as mentioned above, the upcoming electric scooter’s design as well as styling is carried over from the standard, ICE-powered iteration of the Suzuki Burgman Street 125. However, the two-wheeler does feature some mechanical changes; for starters, it gets twin shock absorbers instead of a swingarm-mounted monoshock. In addition to that, Suzuki also seems to have equipped the upcoming EV in India with a new rear fender along with a new rear tyre hugger. 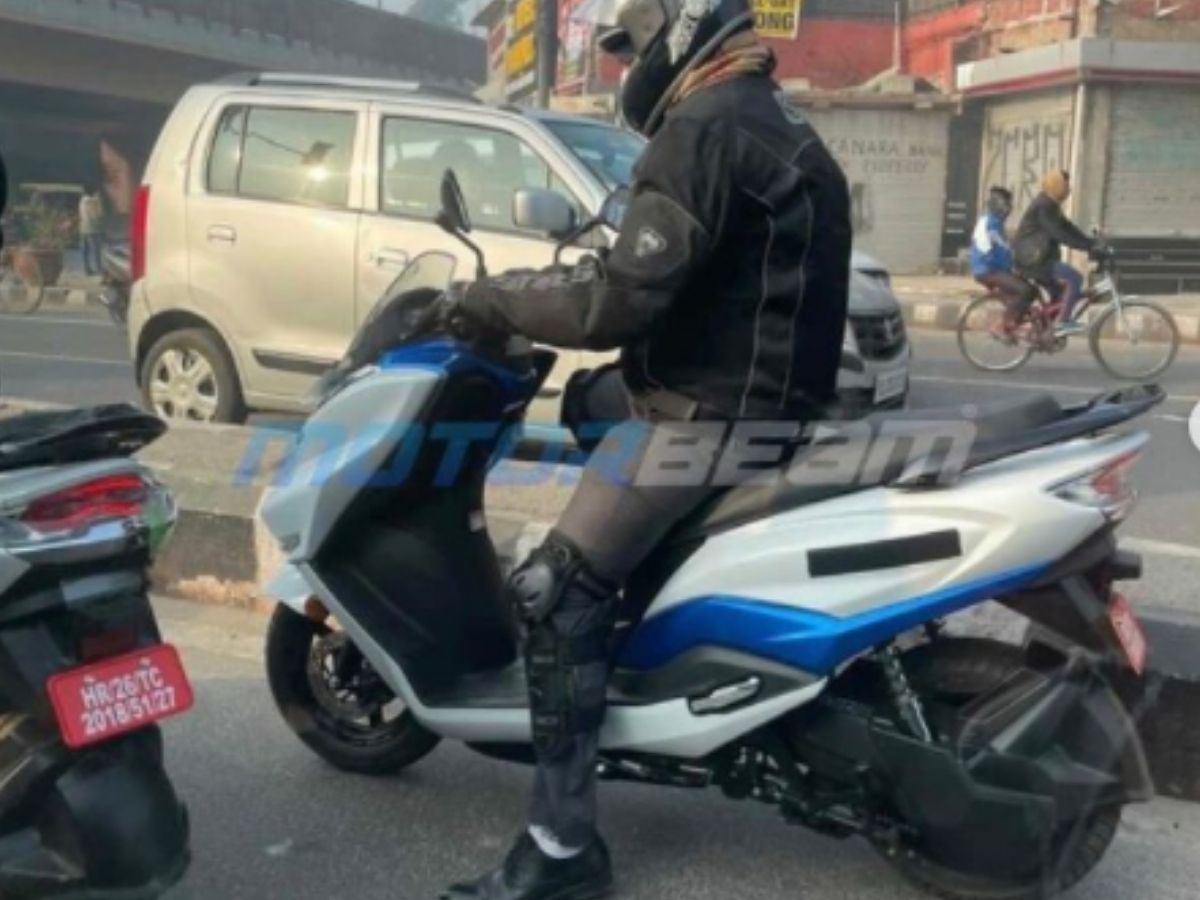 Though we wish we knew about the EV’s electric powertrain as well, the truth is we don’t. But we reckon the upcoming Suzuki Burgman Street electric will offer a riding range in the vicinity 80 kilometres per charge.