With 2020 now behind us there is plenty to look forward to, and that includes a whole bunch of new two wheelers. In this story, we’re going to list out what new bikes and scooters you can expect to see go on sale this year, and we’ll start alphabetically with Aprilia.

The last big launch of 2020 was the Aprilia SXR 160 and the company plans to follow this up with the smaller SRX125 this year. The SXR 125 will run the same chassis and bodywork as its bigger sibling, but with a smaller motor from the Aprilia SR and Storm 125 scooters.

Aprilia will also be bringing in its brand-new middleweight sport motorcycles to India next year, the RS 660 and the Tuono 660. These bikes should be here by mid-year and they will be coming in as CBUs.

Moving on to Bajaj, two years ago we broke the news that the company was working on the next generation Pulsar and we believe this bike could be ready for launch this year. Details are scarce at the moment, but this is probably the most exciting thing we’re going to see from Bajaj in 2021.

Benelli has been expanding its dealer network over the last year or two and the company has announced that it will be launching 7 motorcycles in India this year. Most of these are BS6 compliant versions of bikes that were already sold here like the TRK 502, the TRK 502X, the Leoncino 500, the 302 S, the 302 R and the Leoncino 250. Benelli will also be launching its popular TNT 600i in India this year. 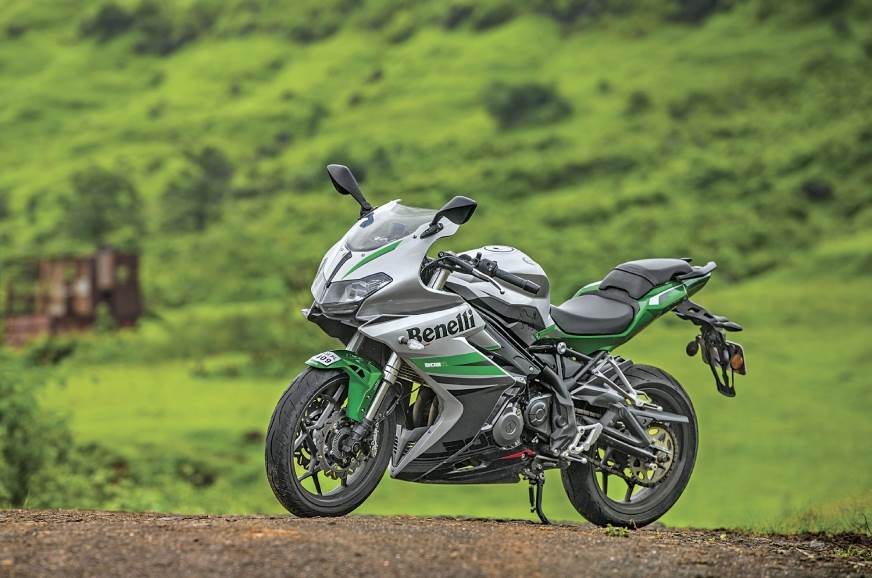 Moving onto another Italian brand, 2020 was a tough year for Ducati as they had very few BS6 compliant models to sell, but 2021 will be a different story. Expect no less than five brand new models for India, including the new Street Fighter V4, the all new Multistrada V4 and the revolutionary new Monster.

In addition, we’ll be getting the revised SuperSport as well as the updated Panigale V4 and the updated Scrambler range. 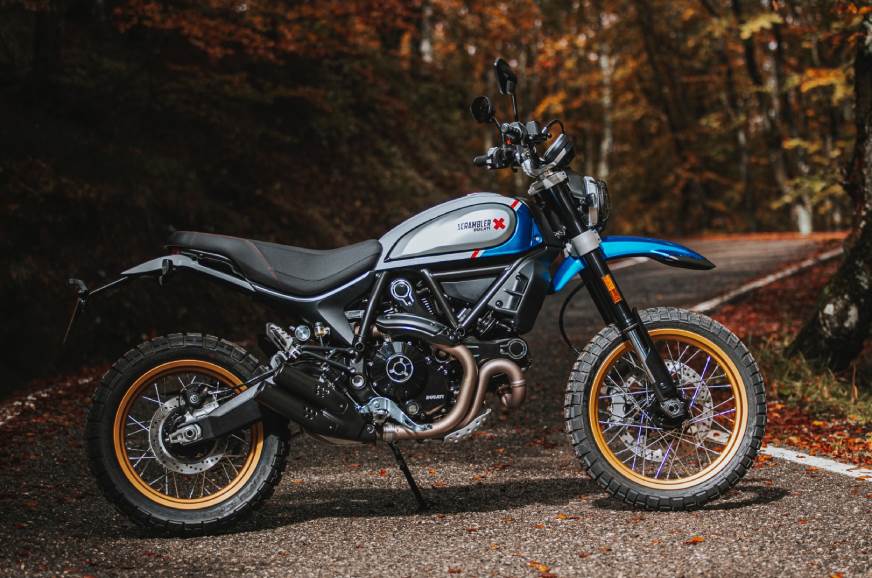 From Ducati, we move to another premium brand that had a troubled 2020, but for very different reasons. Now, while Harley’s-wholly owned business in India has come to an end, these American motorcycles will continue to be retailed in India by Hero Motorcorp who recently signed a deal with the company.

While 2021 will see more BS6 compliant Harleys go on sale, we should also get the radical new Pan America adventure bike. Built to rival the mighty BMW 1250 GS, the Pan America will get a liquid cooled V-twin that makes upwards of 145hp and it promises to be unlike any Harley we’ve ever experienced. 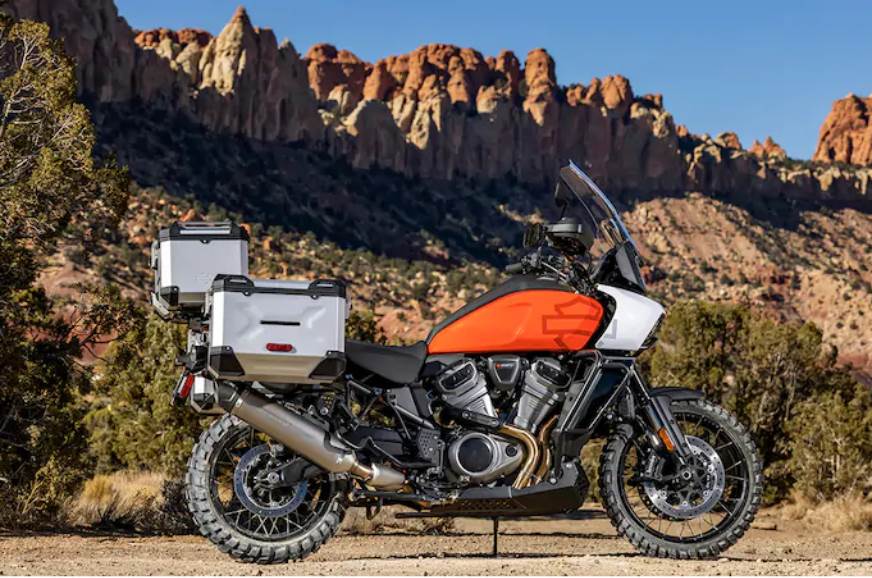 As for Hero Motocorp, we could see the company’s new e-Maestro electric scooter go on sale this year to take on the likes of the Bajaj Chetak, TVS iQube and the more premium Ather 450X.

Hero has also been promising the launch of the BS6 compliant Xpulse 200T for some time now and that should happen very soon. 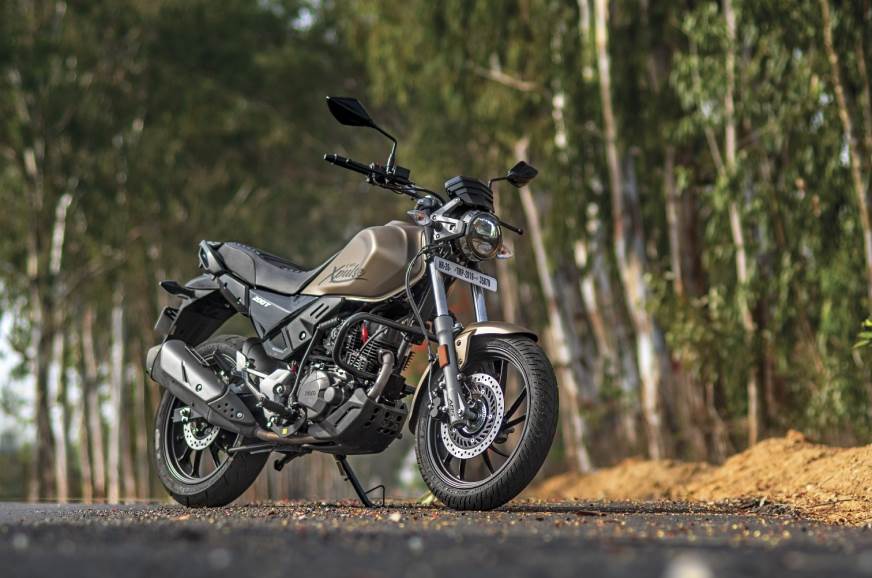 India’s second biggest two-wheeler manufacturer launched more new vehicles in 2020 than any of its rivals. With Honda’s BS6 range now in place, 2021 is likely to be the year where we see more premium products for its newly established Big Wing dealership network. The newly launched CB 350 Highness is proving to be quite popular and we expect to see more models on this platform, possibly something with 17-inch wheels this time around.

2021 will also see the return of the CBR650R and perhaps the introduction of the naked CB650R as well.

We’re also expecting to see Honda finally launch its 500cc platform in India, which includes the likes of the CB500X adventure tourer, CBR500 faired bike, CB500 naked and Rebel 500. Which of these will finally arrive is unclear, but at the right price, they all have good potential in our market.

And lastly, Honda promised us that the Forza 300 maxi scooter will return this year, but since it has been replaced internationally by the new Forza 350, that’s likely the model we’ll get. 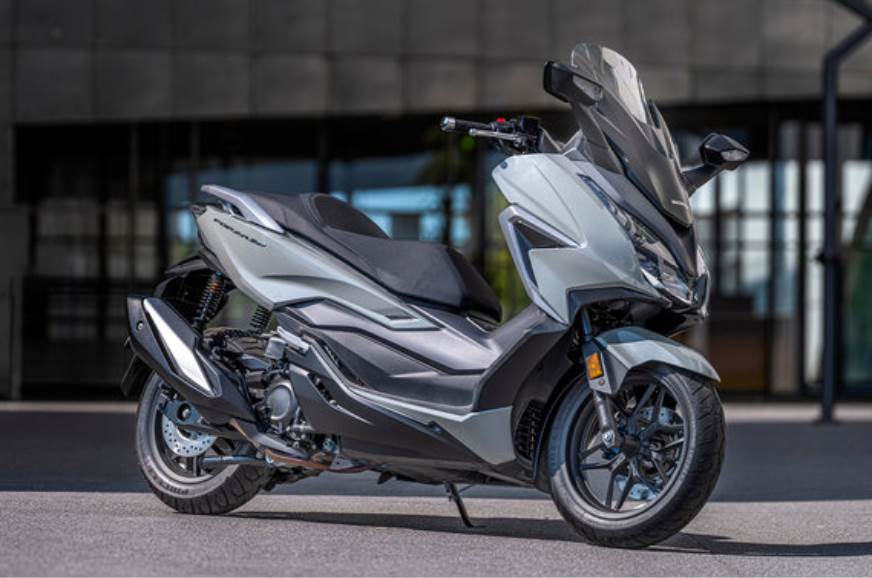 Indian Motorcycle is another company that suffered thanks to the transition to BS6 and the company had no emissions compliance models to sell after April 2020. In 2021, Indian’s BS6 range will be here and it will also include the brand-new Indian Challenger which gets the company’s newly developed liquid-cooled V-twin engine. 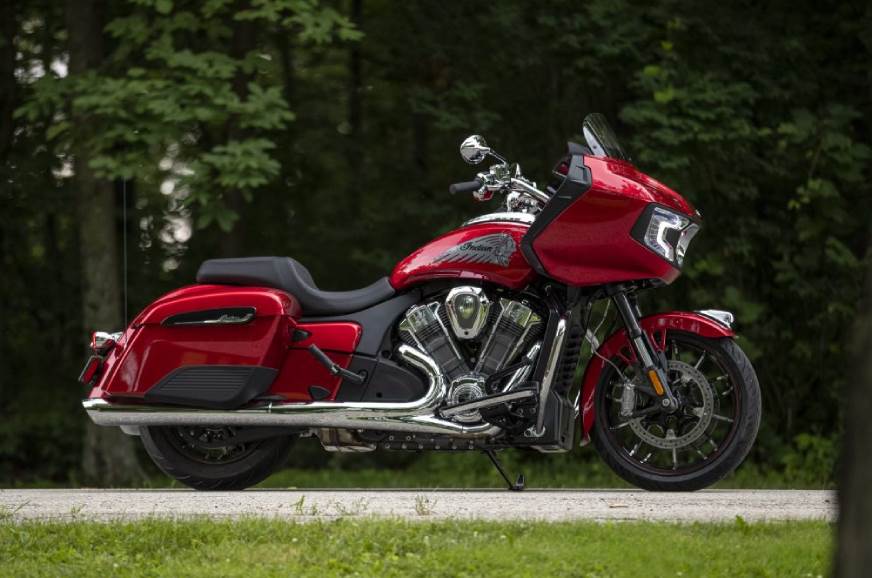 2021 will also be a significant year for Kawasaki as the company plans to launch its most affordable motorcycle yet, the W175. This simple single-cylinder retro bike will be manufactured here with a high level of localised content and we believe that Kawasaki intends to keep the ex-showroom price below Rs 1.4 lakh.

The Japanese company is also working on bringing a BS6 compliant version of its popular Ninja 300 to the market, and this bike is likely to be even more affordable in 2021.

Another popular model that will return to India this year will be the updated Kawasaki  ZX-10R superbike that brings revised styling and added features. 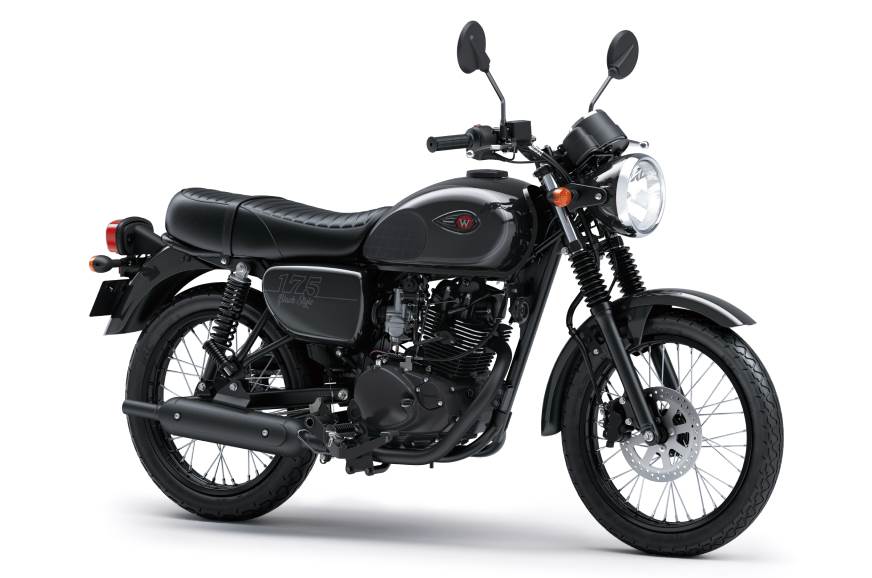 KTM will update its RC range in 2021, and we’ve already seen spy images of what the bike will look like. Along with the polarising design change, the new RCs are likely to bring in more features and possibly, a more comfortable riding position.

KTM will also bring in a replacement to the BS4 790 Duke this year as well as a big Adventure bike. Sources had earlier indicated that these will be the 790 Duke and 790 ADV respectively, but given the fact that the new 890 models have replaced the 790s overseas, it remains to be seen what models India finally gets. We also hope to see KTM bring in the higher spec R model for its adventure line in addition to the base variant. 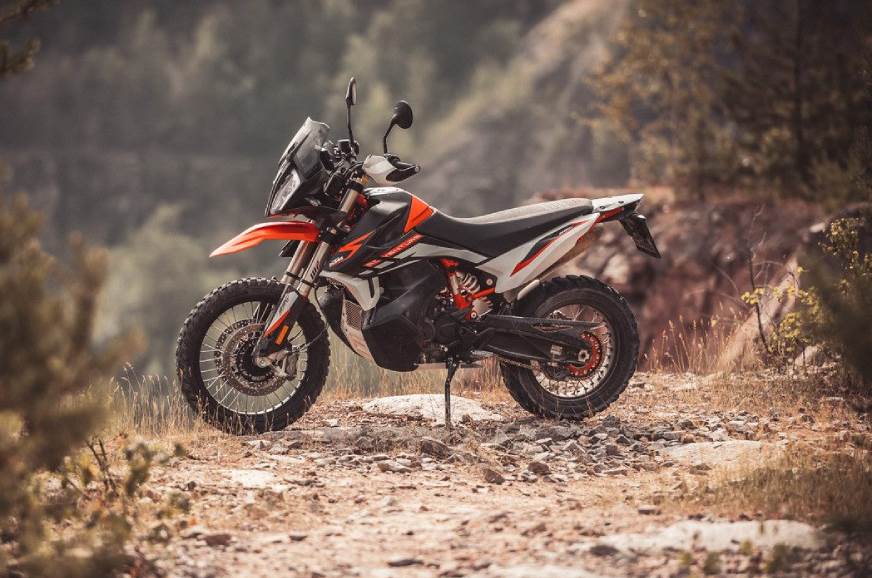 Royal Enfield ended 2020 with widespread appreciation for its brand new 350cc platform that debuted on the new Meteor 350. In 2021, we’re likely to see more models come out on this platform, including the all-important Royal Enfield Classic 350. Spy pictures show that the next gen Classic 350 will look very similar to the current motorcycle, but that it will use the new chassis and engine.

We might also see the third model on Royal Enfield’s 650cc platform debut this year in the form of a cruiser motorcycle that has been spied with the 650cc parallel twin engine. 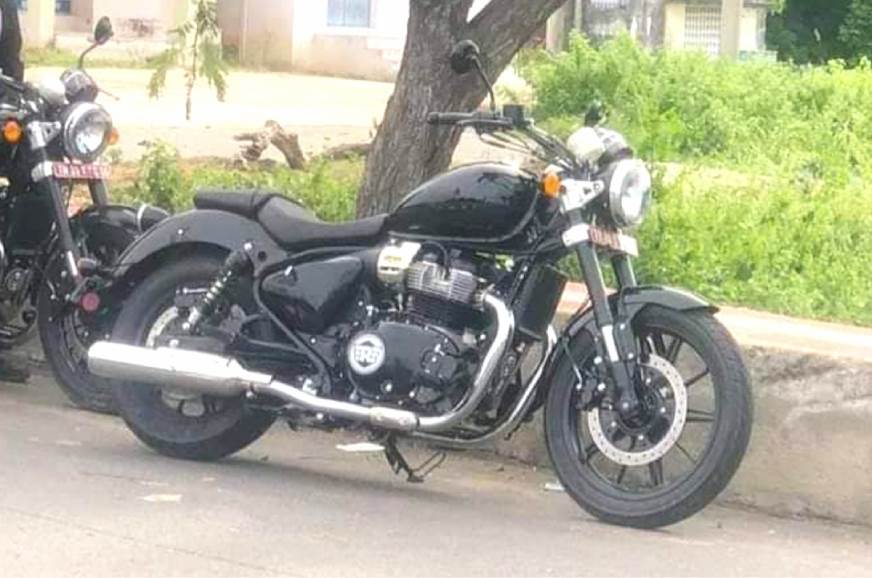 In 2020, Suzuki had no new products to offer, apart from updating it’s range from BS4 to BS6 and offering Bluetooth enabled options for its Access 125 and Burgman Street scooters. This year could be when Suzuki finally unveils its first EV product for India which is likely to be a Burgman Street with an electric powertrain.

As for big bikes, the V-Strom 650 was the only BS6 option from Suzuki last year and it came with a big price hike. In 2021, we’re looking forward to more large capacity motorcycles, including the Suzuki Katana that was showcased at the 2020 Auto Expo. If Suzuki finally reveals the all new Hayabusa internationally this year, you can expect that bike in India as well because the Busa always had a big fan following in our market.

2021 is going to be about relatively affordable motorcycles for Triumph. The new Triumph Trident 660 street bike will be launched in India and it will be Triumph’s most affordable motorcycle with a price tag somewhere in the region of Rs 7 lakh ex-showroom, but hopefully slightly below it.

Another bike coming to India is the Triumph Tiger Sport 850. This bike uses the same chassis, suspension, brakes and bodywork as the Tiger 900. The engine is the same too, but it’s detuned to make 85hp vs 95hp in the Tiger 900. The Tiger 850 Sport will be in India by mid-2020 and we expect it to cost around Rs 1.5-2 lakh less than the Tiger 900GT, which currently costs Rs 13.7 lakh. If you don’t mind the power drop, it should make for a tempting proposition.

TVS recently registered a number of new names, but a couple of them catch the attention. The first is the TVS Zepplin R, which follows the Zepplin power cruiser concept that TVS showcased at the 2018 Auto Expo. The concept used a 220cc air cooled motor coupled with an Integrated Starter Generator, similar to what we see in Maruti Suzuki’s mild hybrid petrol cars. Now some of the elements from the concept, including the belt drive and USD fork may not make it to the final bike, but it looks like we may see a production spec Zepplin this year, and who knows, it might just be India’s first Mild Hybrid motorcycle.

The second name that stands out is the TVS Fiero 125. TVS hasn’t used the Fiero name in well over a decade and it’s also been a very long time since the company had a 125cc motorcycle on sale. 2021 could be the year that changes both those things.

Yamaha was busy in 2020 launching a range of new 125cc scooters as well as updated versions of its FZ and FZ25. Yamaha recently trademarked the ‘FZ-X’ name so we could be looking at another version in the FZ family this year.

However, in 2021, we’re mostly looking forward to more big bikes from the Japanese company. Existing models like the R3 and MT-09 should return in BS6 form, but we’re hoping that the company will use the opportunity to finally bring its acclaimed middleweight motorcycles to India this year. Bikes like the MT-07, Tracer 700 and especially the highly acclaimed Tenere 700 Adventure bike would do well in our market. 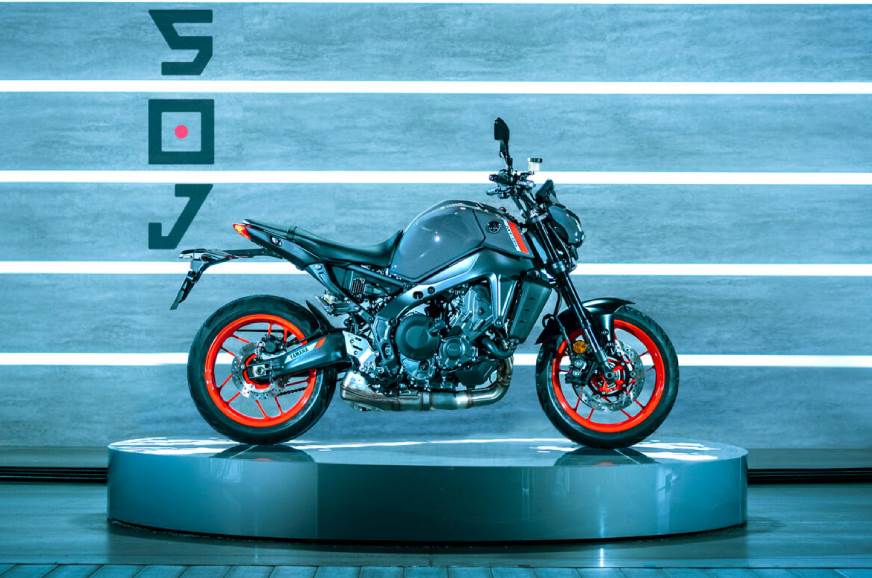 We’ll that’s a lot of new bikes to look forward to this year. Tell us which one’s you’re most looking forward to, and don’t forget to subscribe to the Autocar India YouTube channel for the latest updates on all the new motorcycles coming to India in 2021.