2020 has been all sorts of (mostly bad) things, but it also brought along a few positives. One of them is the increased demand in electric two-wheelers, as people from all over the world sought alternatives to public transport and ride-sharing. As such, e-scooters have also been in greater demand than ever before.

Katalis is choosing to mark the beginning of a new year with a new e-scooter concept. It’s similar in stylistic approach to the EV.500 unveiled last year, but with an extra touch of practicality because it also folds. Spacebar is inspired by the computer keyboard, the rebellious ‘80s and specifically by the need to create “space,” both in busy city traffic or in more offroad conditions. 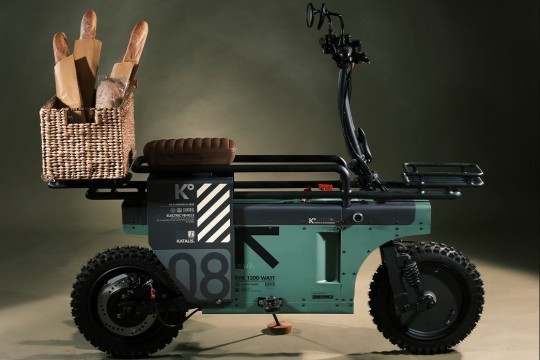 “When we are typing on a computer or laptop, the way we open up space in between texts is by pressing the spacebar,” Katalis says by means of explaining the name of this new concept.

Spacebar does stand out for its boxy design, but it wouldn’t be the only electric two-wheeler to fully embrace this utilitarian, almost-ugly-on-purpose approach. Just think of the modular CAKE Osa or the exclusive Tarform Luna motorcycle. Concepts have also taken this approach, with the Commooter Scooter by Ezekiel Ring being a standout. The demand for retro designs is so strong that even the Honda MotoCompo is said to be making a comeback.

Katalis is clearly following design trends with this one, but at the same time, it’s injecting the Spacebar with plenty of functionality. There is more to it than meets the eye. 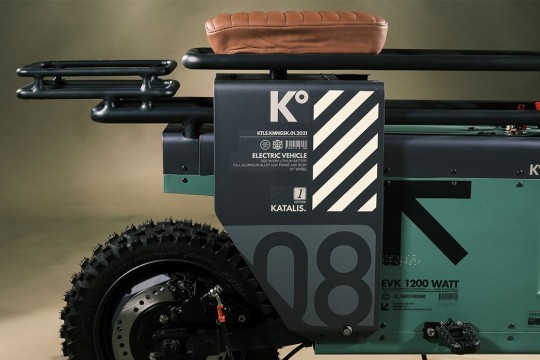 “Spacebar is able to maneuver through the busy streets of the capital city, to support its rider’s daily commute. Yes, it is small but fierce, like a piece of chili. We designed Spacebar specifically for youngsters who desire agility in their daily activities,” adds the design company.

Like a piece of chili, Spacebar is memorable. It’s boxy but without it stopping it from being practical or comfortable, it’s packed with all you need to be safe in traffic (mirror, headlight and brake light, turning lights), it rides on chunky 10-inch wheels and is powered by a 1200W/48V lithium battery that makes it a solid choice for large, crowded urban environments. It also has a front and rear rack, so you can rely on it to be a suitable car replacement for running errands.

Because it’s been designed and built with busy, packed Jakarta in mind, Spacebar is foldable. You can collapse the handlebar stem completely until it meets the control panel, which downsizes the e-scooter to the height of the seat. It’s not much, to be sure, but it’s still a more compact e-scooter. 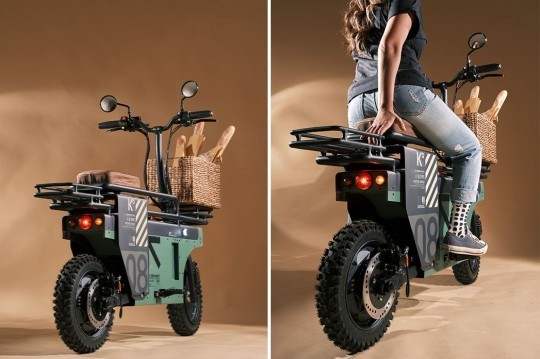 With an all-aluminum body and contrasting leather accents, most notably on the retro seat, Spacebar is also an arguably elegant ride. There’s no denying that it was made to appeal to Gen Z-ers hooked on ‘80s-inspired fashion and styling, both through its direct ‘80s influence and the removal of all unnecessary fluff. This is meant as an e-scooter that gets stuff done, and does it with a certain amount of style.

Spacebar represents the first partnership between Katalis and Kamengski and, while it is more than just pixels (in the sense that one actual vehicle exists), there are no plans to bring it into production. That we know of.

Instead, its purpose right now is to encourage the younger generation to get into the two-wheelers by promising them freedom to move around, “space,” and a ride that will help them stand out. Spacebar shows a glimpse into a probable future, if you will. “With the release of Spacebar, we hope we can inspire more Indonesian youngsters to develop mobility solutions for the future. Spacebar is our way of making way,” Katalis says.