Suzuki is testing an electric version of their Burgman Street. The scooter with the internal combustion engine has been quite successful for the Japanese manufacturer. So, it makes sense that they are using the same scooter to launch their first electric scooter. The scooter seems like it is in its final stage of testing because the Suzuki is not using any camouflage and the design elements also look complete. The Suzuki Burgman Street Electric is expected to launch sometime this year.

From the spy shots, we can see that the EV misses out on an exhaust pipe, but what Suzuki has added is another shock absorber at the rear. This should make the ride more comfortable and it should help in absorbing bumps more effectively. The second shock absorber is also added to handle the extra weight of the batteries and the electric motor. It seems like the scooter will be using LED tail lamps and LED headlamps with LED Daytime Running Lamps. We can also see the digital screen that will show various types of information such as range, battery level, speed etc. The scooter is finished in the blue and white paint scheme. This helps in differentiating the EV Burgman from the ICE Burgman. We can also see that the badging of the scooter has been covered with a black decal so the final version may be called something else.

The Burgman Street Electric is expected to be powered by a lithium-ion battery that could produce around 5-6 kW of power output. The vehicle would be using a permanent magnet synchronous unit which will be mounted closer to the ground to lower the centre of gravity. It is expected that the Suzuki Burgman Electric will have a range of 100 km to 120 km. Buyers will be getting the FAME-II subsidy from the government when they buy the new EV. The scooter will be offering a front disc brake, alloy wheels, LED headlamp and tubeless tyres. The top speed of the scooter should be 80 kmph which is enough for your day to day chores. Burgman Street Electric does look better than some of its rivals. The new EV will be competing against the Bajaj Chetak, TVS iQube and the Ather 450x. The new scooter will be aimed towards the people who will be using it for personal transportation. Electric scooters are great when it comes to travelling for shorter distances and when you have to face traffic. 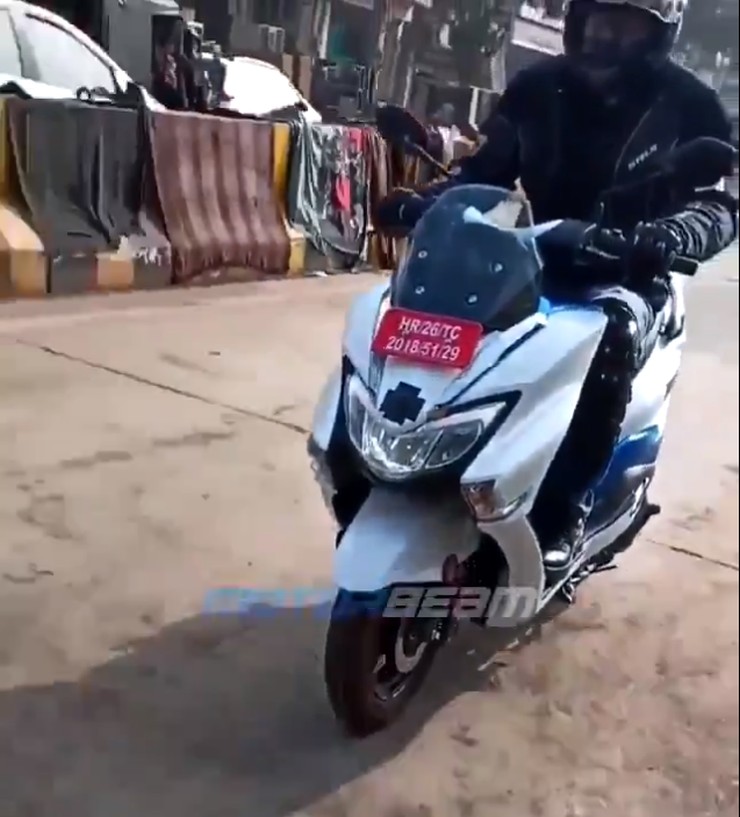 Burgman Street itself was a success in the Indian market because it used the design of the bigger maxi-scooters which made it look bigger and more powerful. The design elements were borrowed from the much bigger Suzuki Burgman 400. However, underneath the Burgman Street is a 125cc scooter that is capable of producing 8.6 bhp of max power and a peak torque output of 10 Nm. Currently, Burgman Street is offered in two variants. There is the standard variant which is priced at Rs. 83,301 ex-showroom and then there is the Bluetooth variant which is priced at Rs. 87,002 ex-showroom. Once launched the Electric Burgman should be priced around Rs. 1.2 lakhs ex-showroom.