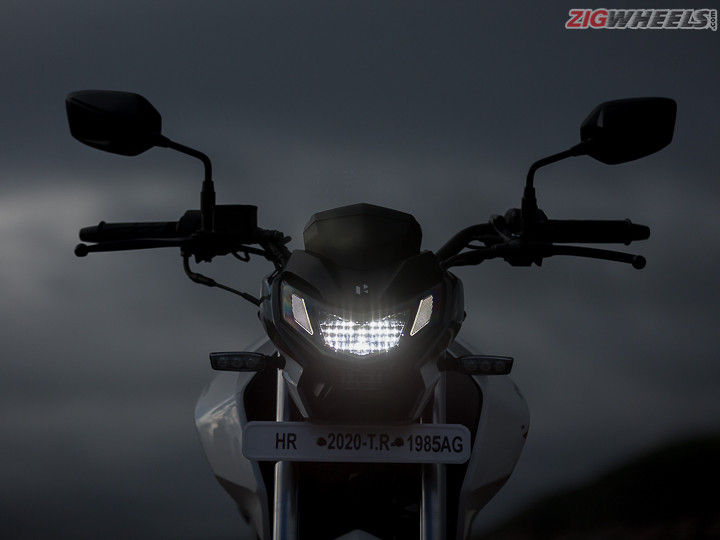 Optimism is quite high for 2021 among both consumers and manufacturers, as hope is renewed, thanks to the development of vaccines for the coronavirus pandemic that has been raging for over a year now. That said, Hero MotoCorp has been tightlipped about its launch plans for 2021. However, going by a few developments, we know what Hero might have in store for the next year. Here’s what we can expect:

The Hero eMaestro electric scooter was showcased at its R&D facility in Rajasthan earlier this year. Like its name suggests, the scooter is based on the Maestro Edge’s platform. In fact, the prototype looks quite similar to its petrol-powered sibling. But there are a few touches to differentiate from its petrol-powered sibling, like the sporty-looking LED headlamp, brown-finished wheels, powertrain and fork, and a fully-digital instrument cluster.

The scooter is likely to be powered by a permanent magnet motor. Expect performance equivalent to that of a 110cc petrol-powered scooter. While there’s no official information about the range, it is possible that the scooter can cover around 80-90km on a full charge. This should be sufficient for intra-city users. Hero MotoCorp is likely to launch the electric scooter in the first quarter of the next calendar year, and it could command a price tag of around Rs 1 lakh (ex-showroom).

The Hero XPulse 200T is essentially the road-biased version of XPulse 200, complete with smaller 17-inch alloy wheels on both ends with tubeless road-biased tyres. The telescopic front fork and the rear monoshock has also been tuned to conquer the urban jungle. Check this out for more details about the bike.

Hero MotoCorp finally entered the 160cc streetfighter segment this year with the launch of the Xtreme 160R. But that doesn’t mean the brand would rest on its laurels, as there’s more to do to exploit the lucrative segment. So Hero MotoCorp could give the Suzuki Gixxer SF a run for its money by introducing the faired version of the Xtreme 160R, called the Xtreme 160S. Hero could price the upcoming bike at a premium of around Rs 5,000 to Rs 6,000 over the naked Xtreme 160R, which starts from Rs 1.03 lakh (ex-showroom Delhi).

The Hero Xtreme 160S is expected to get a full fairing, raised handlebars for better, touring-friendly ergonomics, and if we’re lucky, it could also feature turn-by-turn navigation like the Xtreme 200S. That being said, the mechanicals are likely to be borrowed straight from its naked sibling, including the powertrain. Expect Hero MotoCorp to introduce the upcoming bike around the festive season next year.

Apart from these two-wheelers, Hero is also likely to launch new colour schemes of its existing lineup, particularly during the festive season next year to take advantage of the extra demand.